Each year, students from local high school and post-secondary welding programs compete in SkillsUSA competitions. A series of local, district, and state-wide contests decide which two students will represent their state at the national level. Each participating state sends its high school and post-secondary champion to the national SkillsUSA Championships held in Louisville each June. Contestants participate in a timed competition designed to test their ability to use various welding tools and processes. These include weld-measuring gauges, oxy-fuel and plasma arc cutting processes, flux core arc welding, gas metal arc welding, gas tungsten arc welding, and shielded metal arc welding. The SkillsUSA Championship awards a gold, silver, and bronze medal to the top three high-school participants and the top three post-secondary participants. 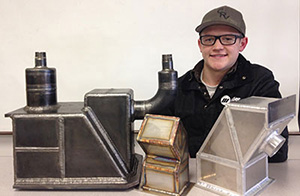 few days after his 19th birthday, a USU Eastern welder relaxes in his instructor’s office with a big grin. He describes how as a kid he hated school, yet was just named the top welder in the United States.

It happened last week when Eastern’s Chandler Vincent and welding instructor Mason Winters flew to Huntsville, AL, for the U.S. Open Welding Trials. He had been there in November where the top-six welders were scaled down to three. He had been there in January where the top-three welders practiced with welding experts. And again he went back last week to compete for the top spot. 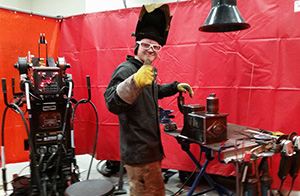 After four days of nonstop welding, he was named the USA WorldSkills welding champion, a feat never achieved by anyone from USU Eastern.

Winters, a former College of Eastern Utah student, was named the second-best welder in 2009 as was Jeremiah Garcia, who was named second-best welder in 2007. No one had ever been named No. 1 from Eastern until Vincent, a freshman, claimed the prize and will represent the United States in the WorldSkills championships held in Abu Dhabi, United Arab Emirates, in October 2017.

Since fall semester began in August 2016, Vincent welded 10 hours a day, seven days a week. The only time he did not follow his intense regiment is when he took a half day off to spend Christmas morning with his family in Roosevelt, then returned to Price to practice welding that afternoon. 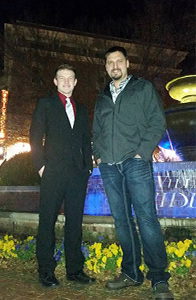 He credits his instructor, Winters, who told him that he would have to yield to this regimented schedule if he wanted to compete with the elite welders in the nation. And he did every day for seven months, including missing every major holiday except a half-day at Christmas.

Winters and Vincent have more in common other than their love for welding with both being first-generation-college students. They both also hated high school and never thought they would graduate, let alone attend college.

All Vincent wanted to do was hunt and be in the outdoors when he was in high school. He hated school and wanted to drop out. His mother begged him to go to school and take just one class he loved. At 15 years old, he registered for a welding class at the Uintah Basin Applied Technology College and the rest is history. Winter’s story paralleled Vincent’s . . . “I failed every class my sophomore year in high school and then I found welding.”

Both Winters and Vincent attended Eastern’s High School Welding Competition and both won it, thus receiving scholarships to the welding program. With those wins, it put them on the radar by the Eastern instructors to compete, first at the state level, and eventually qualify for the national level. Winters and Vincent both won gold at state and headed to the national welding competition.

The parallelism of the two Uintah Basin natives stops when Vincent did what Winters failed to do...  bring home the U.S. Welding Trials title. With that title he won a $40,000 scholarship and tools from the American Welding Society.