The Coalescence of Welding and Creativity 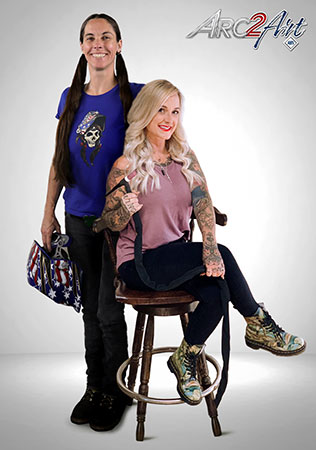 Experience the journey of two female welding and metal fabricating artists as they collaborate from a distance on one single piece of welded artwork. “Arc 2 Art,” a new project produced by the American Welding Society, will follow social influencers and welding artists, “Barbie the Welder” and Stephanie Hoffman, as they create a metal sculpture featuring Lady Liberty herself, the Statue of Liberty, complete with welding torch, helmet and code book.

“We're using this platform to capture the attention and imaginations of our younger generations,” said Monica Pfarr of the AWS Foundation, “so they learn that welding careers can also be a form of creative and artistic expression, and just as lucrative as other professions.” 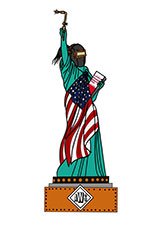 Arc 2 Art kicked-off August 18th via Facebook Live, where Barbie and Stephanie discussed the project, revealed an illustration of the sculpture and answered questions from viewers. Each artist will keep a video diary of their process and progress, with subsequent episodes alternating between the two artists as they weld and fabricate a section of the showpiece, then bringing them together to join their sections and create the final sculpture. The last episode will be broadcast via Facebook Live, with Barbie and Stephanie recapping their projects, discussing challenges they encountered and taking questions from viewers. 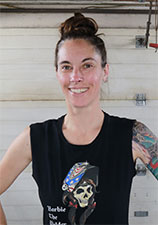 Barbie the Welder, is an American metal sculptor from Erin, NY, whose social media posts chronicle her creation of welded metal artwork. Her unique, self-taught style gained attention by both individuals and major corporations, making her a leading social media influencer in welding and a prominent name in the industry.

Barbie the Welder’s love for welding, combined with her entrepreneurial nature, has inspired and taught thousands of people to weld art. In addition to creating commissioned artwork for individual and corporate clients, welding sculptures live for audiences at shows and events, and producing videos for her YouTube channel, Barbie the Welder has authored six books. She as also created her first product line – Metal Art Welding Kits– fun and easy welding projects perfect for introducing someone new to welding or learning to make metal art at home.

Visit BarbieTheWelder.com to view her gallery or request a commission, and connect with her on Instagram: @barbiethewelder 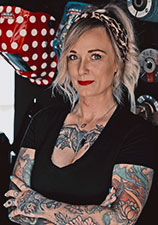 When Stephanie Hoffman witnessed welding for the first time at age 11, it was love at first sight. She started welding her freshman year and has been in the industry ever since. Throughout her education and into her career, she has battled the gender bias that welding should be left for the guys. “Everything I did was under a microscope, pushing me to get better. I knew I could never make it “just okay” at any single welding process — I had to be the best.”

She spent her early career working in a shipyard doing hydraulic pipe repair and anodized aluminum pipework. After a brief tour of duty in the army, she got her bachelor’s degree in education and became a vocational school welding instructor. Her welded artwork featured on her Instagram page, Underground Metal Works, captured the attention of the American Welding Society who was looking for a social influencer to become an ambassador for welding careers. Now, as Program Manager of Workforce Development, Stephanie now tours the country with the AWS Careers in Welding Trailer, promoting welding as a viable and profitable profession. As a mom, Stephanie’s life is full. She’s teaching her daughter the art and science of the welding trade. “I still weld every chance I get, and I don’t anticipate slowing down anytime soon.”

Register to win one of 50 SWAG packages filled with limited-edition cards, stickers an AWS hat and more.