The nominee for each Honorary/Meritorious Award listed below is selected at least 10 months in advance of the AWS Welding Show. Complete nomination packets may be submitted for consideration to the AWS Honorary-Meritorious Awards Committee and must include a maximum of 5 letters of support and an Executive Summary not to exceed 3 pages of the CV or resume of the individual’s qualifications with a font size no smaller than 10-point. Please send only complete nomination packets to Malisa Mercado  at mmercado@aws.org by December 31.

An Honorary Member shall be a person of acknowledged eminence in the welding profession, or who is accredited with exceptional accomplishments in the development of the welding art upon whom the American Welding Society sees fit to confer an honorary distinction.

This award is given in recognition of the candidate’s significant contributions to the worldwide welding industry.  This award should reflect service to the international welding community in the broadest terms.

This award is given in recognition of the candidate's counsel, loyalty and devotion to the affairs of the Society, assistance in promoting cordial relations with industry and other organizations, and for the contribution of time and effort on behalf of the Society.

This award is administered by the American Welding Society and sponsored by The Lincoln Electric Company to honor George E. Willis. It is awarded each year to an individual for promoting the advancement of welding internationally, by fostering cooperative participation in areas such as technology transfer, standards rationalization and promotion of industrial goodwill. 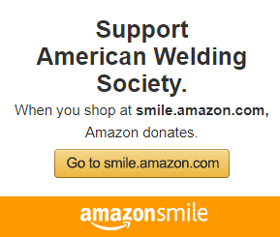