The American Welding Society's Board of Directors recently authorized free electronic distribution of the current ANSI Z49.1, Safety in Welding, Cutting, and Allied Processes. The Board decided this important voluntary welding safety and health standards document should receive the widest distribution possible and has directed that Z49.1:2021 be made available for free download.

During World War II, the huge demand for war materials production placed on the United States brought a tremendous expansion into the use of welding. In mid-1943, it was recognized that some type of code or standard was needed relating to safe practices for performing welding. Under the auspices of the American Standards Association, the standard was drafted and published in 1944. It was entitled American War Standard Z49.1, Safety in Electric and Gas Welding, and Cutting Operations.

The 2021 revision is now available and accessible for free download from the AWS website. During the period of these revisions, the American Standards Association has become the American National Standards Institute and War Standard ASA Z49.1-1944 has become ANSI Z49.1:2021. 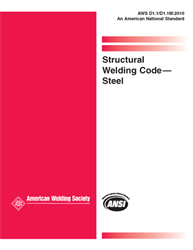